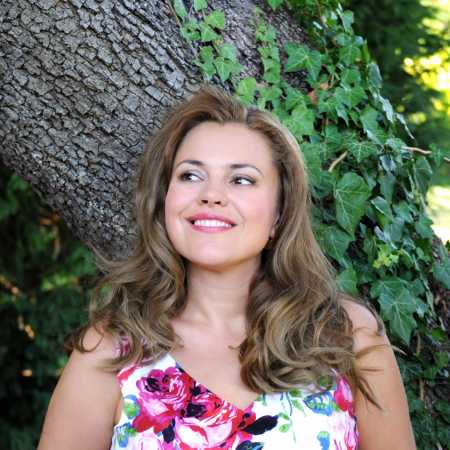 Anna Samuil had her debut at the State Opera Unter den Linden as Violetta in 2003 and is engaged in the house as a soloist since 2004. Since then, she played Donna Anna, Fiordiligi, Contessa, Tatjana, Mimì, Musetta, Adina, Micaëla, Elisabetta, Agathe, Rosalinde, Ariadne and Elsa there, among others. Her career led her to many important stages of the world: to the Teatro alla Scala, the Metropolitan Opera, the Staate Operas in Munich, Dresden and Hamburg as well as the opera houses in Valencia, Tokyo, Lyon and Pittsburgh.

As a guest performer, she celebrated major successes at the Salzburg Festival and the international Festivals at Aix-en-Provence, Edinburgh, Glyndebourne, Verbier, the Arena di Verona and at the Maggio Musicale Fiorentino.

Anna Samuil studied singing at the Tchaikovsky-Conservatorium at Moscow under Irina Arkhipova. She is awarded in international singing competitions such as the International Tchaikovsky Competition and New Voices as well as the competitions Franco Corelli and Riccardo Zandonai.

Concerts and song evenings led her to the Royal Opera House and the BBC Proms in London, to the Palais des Beaux-Arts Bruxelles, the Berlin Waldbühne and the Cologne Phillharmony, to the Bolshoi-Theater in Moscow and to the Rheingau Music Festival. Anna Samuil was honored with the Daphne-Prize of the Berlin TheaterGemeinde in 2008 for her outstanding performances.