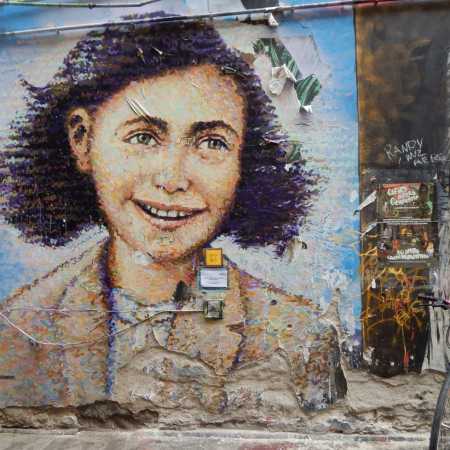 The Anne Frank Centre in Berlin-Mitte opened in 1998 as a partner organisation of the Anne-Frank-House in Amsterdam.

It was created by an initiative from the year 1994, that first created a touring exhibition about Anne Frank and then brought the cooperation and the center to life. Since 2006, the permanent exhibition Anne Frank. hier & heute is shown there. It aims to show the story of Anne Frank’s life in the context of the time with the help of documents, objects, pictures and movies.

Besides, the Anne Frank Center also produces traveling exhibitions that are partly made for an adult audience and partly for kids and adolescents. The institution offers furthermore nationwide trainings about intercultural competences and antisemitism for pedagogues and teachers as well as intercultural materials for schools. Also, since 2011 in runs the projects Kriegskinder and 70 Jahre danach. Generation im Dialog, that try to create a communication platform between seniors and adolescents about childhood and youth of the generation born before 1941.