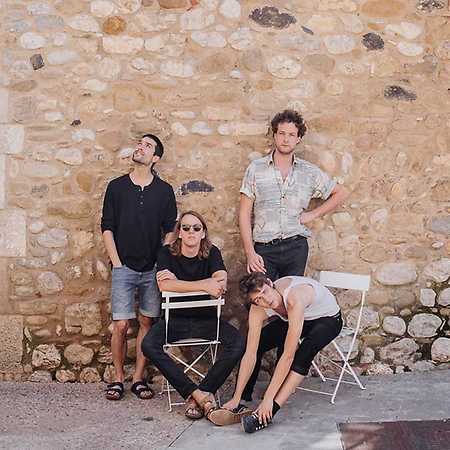 3:31 0 ×
AnnenMayKantereit und Parcels  Can't Get You Out Of My Head

Annanmaykantereit is a German rock band from Cologne, which was founded in 2011. The group mainly sings in German. At the beginning the three founding members were street musicians in Cologne. Bassist Lars Lötgering joined them on a jam session. In 2013, the band released their first self-recorded album. Malte Huck is the bassist of the band since 2014.

In summer 2014 Annenmaykantereit played at several big festivals. In the fall of the same year, they played several concerts as the support act of the Beatsteaks and accompanied the Stadtrandlichter Tour of Clueso. In 2014, they were among the finalists in the New Music Award of the ARD Youth Programs. In the fall of 2015, the band signed a record deal with Universal. Together with Moses Schneider they recorded the EP Wird schon irgendwie gehen in the Hansa Studios in Berlin, which was published in 2015. In the beginning of 2016, the successful single Pocahontas from the album Alles nix Konkretes was released. The band’s fourth album Schlagschatten appeared in 2018.