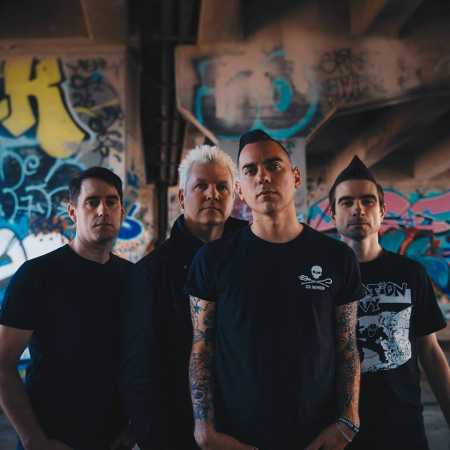 Anti-Flag is an American punk rock band from Pittsburgh, Pennsylvania, that was originally formed in 1988 but fell apart after just one show. In 1992 the band reformed and a 17-song demo album called 17 Songs was released the same year.
In 1996, the band released their first album Die For the Government. 2017 they released their eleventh studio album American Fall. In the US, the album debuted at No. 17 on the Hard Rock Albums chart, No. 11 on the Independent Albums chart and No. 10 on the Tastemakers chart.

The band is well known for their political activism, focusing on anti-war activism, anti-imperialism, class struggle, human rights, and various sociopolitical sentiments. They are also known for their advocacy of progressive political action groups such as Greenpeace and Amnesty International. Most recently, the band has declared solidarity with the global Occupy Together movement.