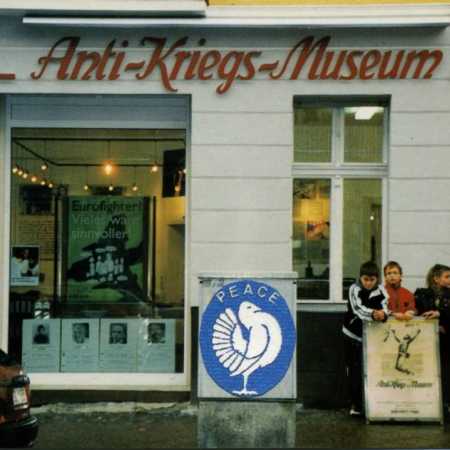 Anti-War Museum (Anti-Kriegs-Museum) is the first anti-war museum worldwide and was founded in 1923 by the anarchist and pacifist activist Ernst Friedrich. In a permanent exhibition the museum displays photos, documents and objects from both World Wars, including medals, diaries, soldiers' letters, postcards glorifying war and photos of the badly injured. Among the other items on display are war toys from the past several centuries. A large world map provides information on current war-related trouble spots in the world. The exhibition also examines modern means of warfare such as chemical and biological weapons and moreover includes a Second World War air raid shelter.