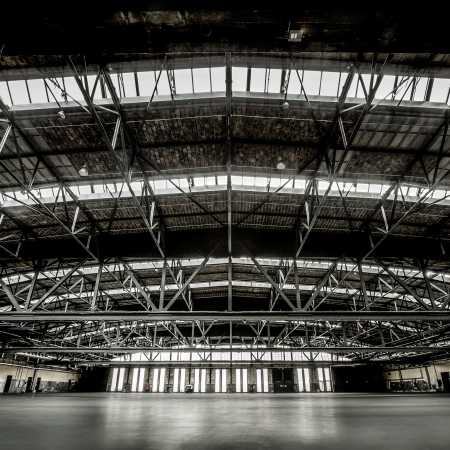 Arena Berlin is located directly at the Spree river banks in the Alt-Treptow district. It is a combination of different locations which all together form the Arena.

The Arena hall is a multifunctional hall for events like concerts, fashion events, parties, film productions or conventions with up to 9.000 guests and has become one of Berlin’s most popular event venues.

Directly at the river there is the Freifläche, a 950 square meters big open air area for culinary markets or festivals.

Also included is the Badeschiff, a bathing establishment on a ship. During summer time there are yoga and stand up paddling courses on offer there, additionally there are beach parties and music events.

Besides the „Escobar“, the beach bar of the area, there’s also the Arena Club as a party location. It aims to reflect the vibe of early Berlin club culture and the birth of techno in the 1990s.

Overall, the Arena offers a manifold program, that reaches from trade fairs, conventions and congresses to music events or workshops.