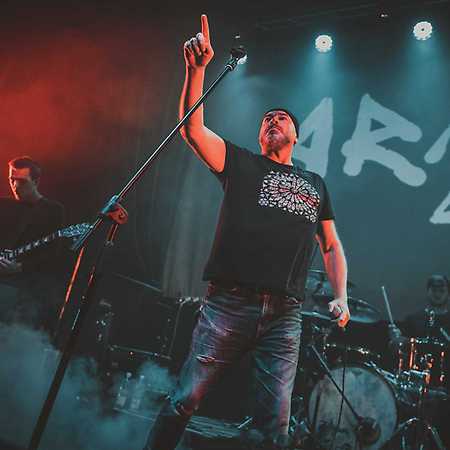 The band Armia was formed in 1984 as a result of meeting three personalities of the independent scene: Tomasz Budzyński (Siekier), Robert Brylewski (Brygada Kryzys, Israel) and the philosopher Sławomir Gołaszewski. The band has released over a dozen albums, of which Legenda and Triodante released in 1990 are classified as classics of Polish rock music. During the thirty years of the band’s career, its members played many outstanding and distinguished musicians. Currently the band consists of: Tomasz Budzyński – vocals, Amadeus Kaźmierczak – drums, Dariusz Budkiewicz – bass guitar, Jakub Bartoszewski – horn, keyboard instruments and Stanisław Budzyński – guitar. The last release of the band is the album Toń released in October 2015.