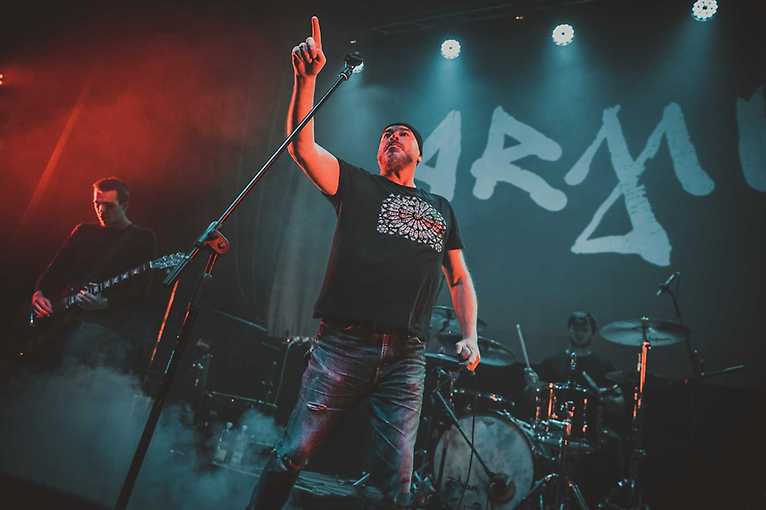 The band Army was formed in 1984 as a result of the contact of three personalities of our independent stage: Tomasz Budzyński (Siekier), Robert Brylewski (Brygada Kryzys, Izrael) and the philosopher Sławomir Gołaszewski. The band has released over a dozen albums, of which Legenda and Triodant "released in 1990 are included in the classics of Polish rock music. During the thirty-year career of the band in its composition played many outstanding and distinguished musicians for the rock scene. Currently the band is composed of: Tomasz Budzyński – vocals, Amadeusz Kaźmierczak – drums, Dariusz Budkiewicz – bass guitar, Jakub Bartoszewski – French horn, keyboards. The band’s last release is the Toń album released in October 2015. The album has a vision-apocalyptic character, and musically it is a continuation of the band’s artistic search.