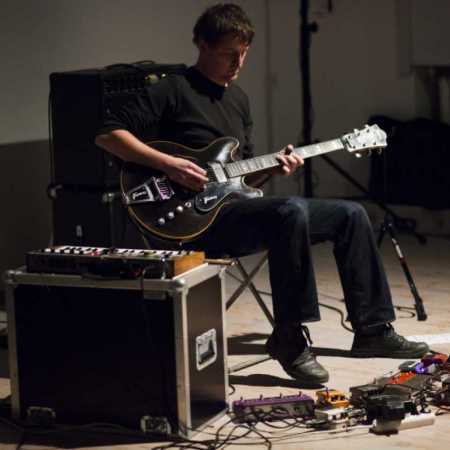 Artur Maćkowiak + Grzegorz Pleszynski  A Sound Of The Wooden Fish

Musician and performer. He plays solo but also in the bands Tropy, Innercity Ensemble, and more. He feels the best in guitar music, experimental, electro, ambient, improv with touch of Slavic melody. He released three solo records Take Away (2012), Before the Angels Play Their Trumpets (2013), and If It's Not Real (2015). On the concert he will also perform material from the record planned for Spring 2017.