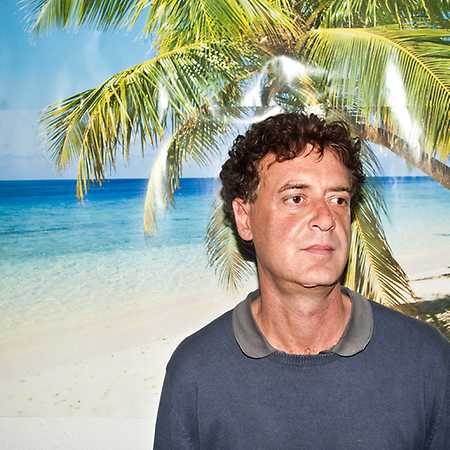 At the age of twelve Aubrey became an avid bedroom scratch and hip hop DJ which taught him the skills that have taken him through a successful and professional career spanning twenty seven years.

Starting with a residency at the Portsmouth club Central Park and Sterns nightclub at the age of 18, Aubrey soon was DJing in top London clubs such as, The End, Gardening Club, Astoria, Brixton Academy, Deep Space, and big London parties such as Raindance and Energy.

This took Aubrey on to playing all over the UK and the world at clubs such as: Space (Moscow), Space (Ibiza), Berghain (Berlin), Tresor (Berlin), Wilde Renate (Berlin), Suicide Circus (Berlin), Ipse (Berlin, Griessmuehle (Berlin) and ​About Blank (Berlin).

Aubrey started recording in 1990 for Sheffield label Ozone records under the name Panic with a release called Voices Of Energy.

In 1991 he set up his own label in the same year Solid Groove Records, which still runs to this day. Solid Groove has had 34 vinyl releases to this date and tracks were used on compilations by Derrick May, Adam X, Terry Francis etc. Solid Groove re-launched in 2014, with new music and with remixes.

﻿Over the last 26 years Aubrey has recorded and remixed for many labels such as Metroplex, Ostgut Ton, Mosaic, Solid Groove and many more.