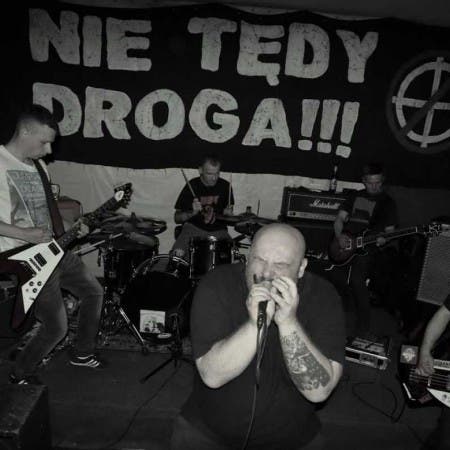 August Landmesser was a worker at the Blohm + Voss shipyard in Hamburg, Germany, best known for his appearance in a photograph refusing to perform the Nazi salute at the launch of the naval training vessel Horst Wessel on 13 June 1936. This story inspired Opole-based band to name themselves after the man and fight with fascism using their music.