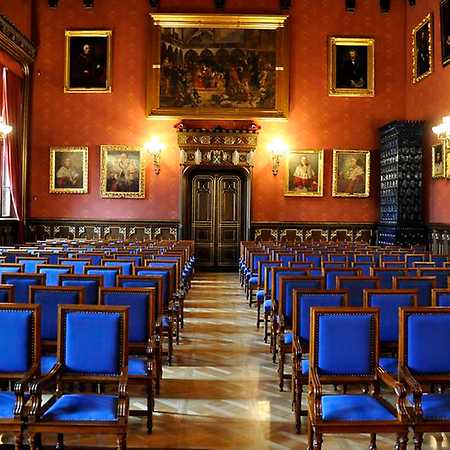 The Collegium Novum (Latin: “New College”) is the Neo-Gothic main building of the Jagiellonian University in Kraków, Poland, built in 1873-1887. Based on a design by architect Feliks Księżarski to match the oldest building of the University, it was opened for the 500th anniversary of the University’s foundation. The Collegium Novum replaced a former academic boarding school called Jeruzalem, consumed by fire in the mid-19th century.