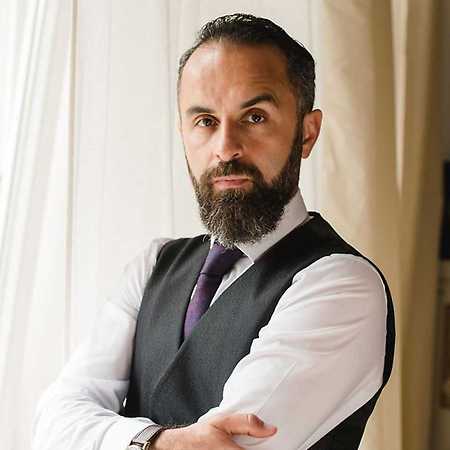 Aydin Işik is a Turkish-born cabaret artist, actor, director and author. Since 2011 he has also been a political cabaret artist on German-speaking stages. His first stage program was Zu Gast bei Freunden, with which he won the Niedersächsische Kabarettpreis Lauben-Pieper in 2013. Since October 2015, Isik is on the road with his religion-critical program Before der Messias kommt! (Before the Messias is coming!). In addition, he formed a duo with Mike McAlpine since February 2014. Mike & Aydin won several awards with their first joint program Nord-Süd-Gefälle.

In 2009, Isik wrote his first play Aladin und die gestohlene Wunderlampe and staged it in Cologne. Since then, Isik has written seven plays, six of which he staged. In 2010 his radio play Die Beerdigung was produced and broadcast by the WDR5 network.