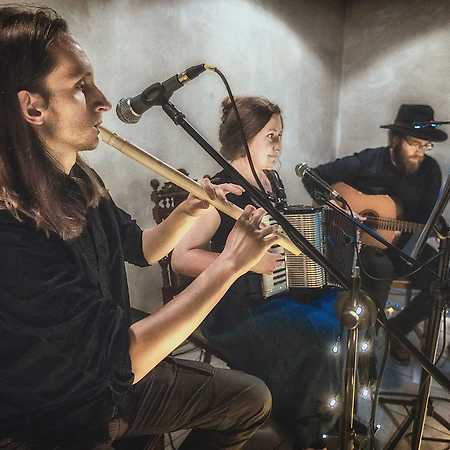 The Balsam team is a poetic combination of dance and music cultures of Europe. Balsam is part of the balfolk trend, so their music is intended primarily for dancing – joyful like Syrek’s, trance like a Breton hanter dro, lively like Irish polkas, intimate like a French mazurka. The ensemble includes Ewa de Mezer (singing, accordion, recitation), Michał Zajączkowski-de Mezer (acoustic guitar) and Jakub Szczygieł (Irish transverse flute, flageolets, clarinet). The repertoire draws from both tradition and their own head, a large part of which is their own compositions. Musicians are not afraid of experiments, they are looking for their own natural way. A unique feature of the group is the poetic element, skillfully intertwined in music by Ewa, whose own poems form an inseparable whole with melodies.