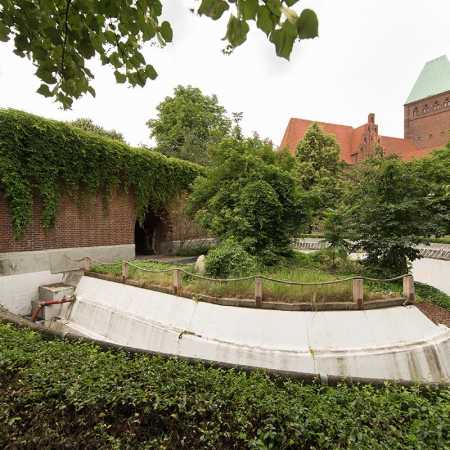 Until the fall of 2015, the Bärenzwinger was home to many generations of brown bears, the heraldic animal of the city of Berlin. Around the 2000s animal activists criticized the keeping of the bears, due to the maintenance conditions of the area. The criticism lead to the communal decision not to hold any more bears after the death of Schnute, the last female brown bear at the Zwinger.

Meanwhile it is possible to host art exhibitions, other events, as well as lectures and discussions at the historic monument of the Bärenzwinger. Artists and scientists are developing exhibition concepts that are being presented as carefully crafted interventions and space installations according to the very specific premises. The cultural program of the Bärenzwinger is being organized by young curators working in the department Kunst und Kultur Mitte. For the time of their scientific voluntary service, the premises of the Bärenzwinger have become the venue of their practice and research.