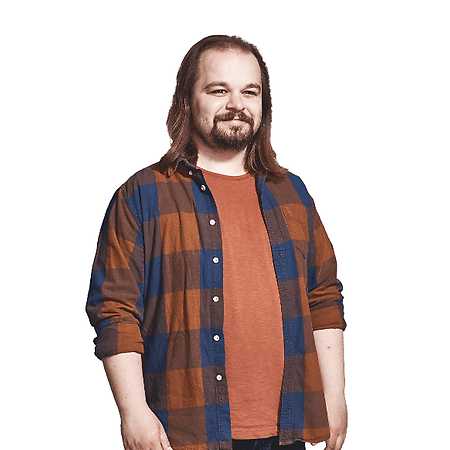 Bartek Walos is a Polish comedian. Since childhood he has been absorbed in animation, film and visual culture. Representative and practitioner of “cartoonish sense of humour”. Raised in a VHS rental shop. Vigilant observer and analyst of fantasy worlds and surroundings. Indiana Jones of the cafe-bar scene. A man of word rather than deed. Pearl fisherman, lover of pizza, ramen and dumplings. He is lazy, but talented. He studied English, where he defended his master’s thesis on postmodern American literature and graphic novel.