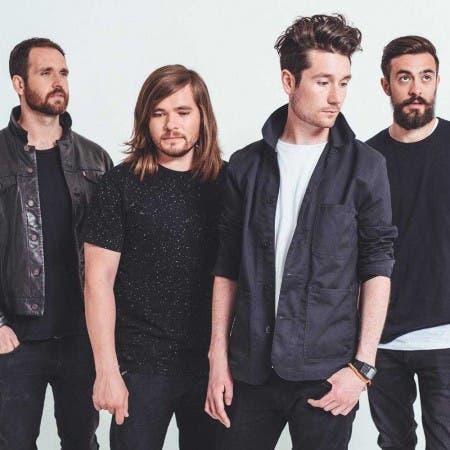 Bastille is an English indie-rock band formed in London in 2010. It was a solo project by singer and songwriter Dan Smith, who later decided to form a band. The band consists of four members: Dan Smith, Kyle Simmons, Chris "Woody" Wood and Will Farquarson. The name of the band comes from the Bastila conquest event celebrated on Dan's birthday on July 14. After releasing their debut album Bad Blood in 2014, the band skyrocketed to fame, receiving nominations in the categories: Best Band, Best Album, Best Single and Rookie of the Year at the BRIT Awards. Since, they have released three more LPs, the latest of which is 2022's conceptual Give Me the Future.