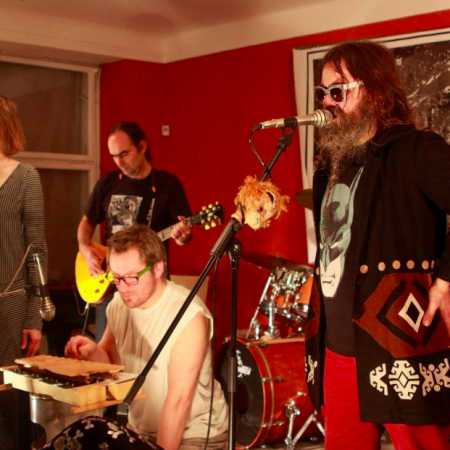 Underground band dating back to 1982. There played about 40 members during their nearly thirty years of existence. A comparable number of known and unknown people and musicians collaborated with them on various projects. Originally a three-to five-member underground punk band over the years has grown to today’s fourteen member Underground Orchestra.

In the eighties, they played concerts only for a narrow circle of friends in hidden house parties. In the early nineties, the band began to play publicly.