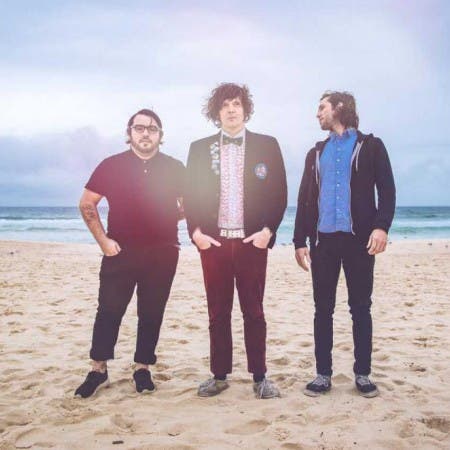 Beach Slang are a band who have garnered a lot of attention considering that they’ve only released two 7-inches, 2014’s Cheap Thrills On A Dead End Street and its companion Who Would Ever Want Something So Broken? Refreshingly this Philadelphia-based act have built their hype the old-fashioned way, without any gimmicks or marketing teams, which makes sense when you consider that frontman and writer James Alex cut his teeth in the Pennsylvania pop-punk act Weston while drummer JP Flexner and bassist Ed McNulty also play in buzzed about projects such as Ex-Friends and Crybaby. However there’s something indefinable about Beach Slang’s music that evokes the spirit of punk and juxtaposes it into something that’s as brutally honest as it is infectiously catchy.