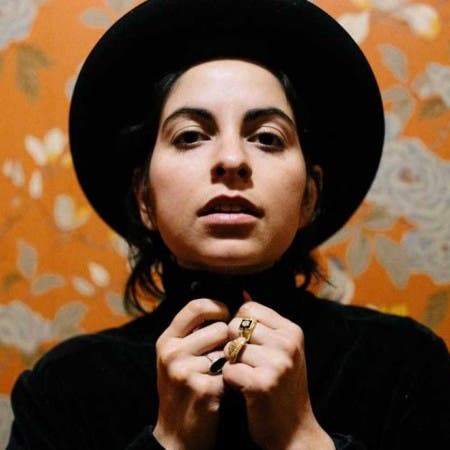 Becca Mancari is a traveler. She's lived everywhere — Staten Island, Florida, Zimbabwe, Virginia, India, Pennsylvania — and she's collected plenty of tales along the way, spinning the sounds and stories of the modern world into songs that mix the organic stomp of American roots music with the approach and attitude of raw rock & roll.

This is personal music, performed by a storyteller who's lived and loved. Born in Staten Island to an Italian-Irish preacher and a Puerto Rican mother, Becca spent her childhood moving around the East Coast. It's no surprise, then, that she found herself drawn to a group of train hoppers in central Virginia, where she relocated as a teenager to attend college. Surrounded by fellow travelers, Becca began to make music — not the kind of music she made during her earlier years when she sang in her father's church — but music for front porches, for bonfires, for slow dances and road trips, and train rides and new romances. The sound was inspired by everything from Bob Dylan's Highway 61 Revisited to Neil Young's Harvest Moon, not to mention the Appalachian folk music that her Virginia friends played. It was bold and broad, and it sounded like Becca Mancari.

After college, Becca continued her travels, eventually winding up in the musical hotbed of Nashville, Tennessee. There, she continues writing songs that blur the lines between genres, sharing shows with artists like Hurray For The Riff Raff and Natalie Prass along the way. She jumps from the acoustic desert-rock of Golden to the ramshackle root sounds of Summertime Mama, showing off the full range of her music. Produced by Adam Landry and Justin Collins (Deer Tick, Middle Brother, Diamond Rugs, Lilly Hiatt) and recorded with members of her touring band, the music is a snapshot from a musician who's still on the move, constantly writing songs about the people she's met and the impression they leave. The recordings aren't perfect, and Becca likes that. Because life isn't perfect.

"Things that are perfect tend to sound flatlined," she explains. "There's no 'human' there. I like to hear the person when I listen to songs. And I hope people can hear me.”