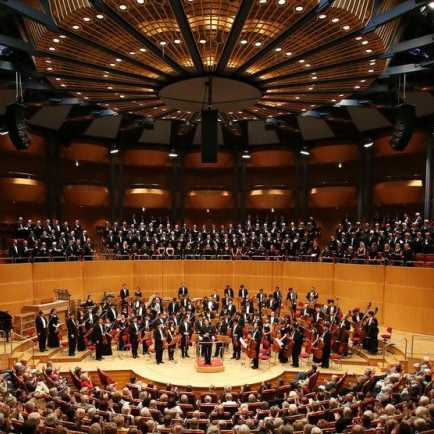 Beijing Symphony Orchestra in his homeland will play about 80 concerts a year, works on occasions such as the Olympics, live broadcast concert from the Great Wall of China or the annual New Year’s concert. It is very often on the road – the longest belonged European tours in 2001, 2003 and 2006. His repertoire consists of both standard pieces of European classics and songs of traditional Chinese artists. Support for young composers of his country steadily grown symphonic repertoire 21st century. – Translated by Automatic service