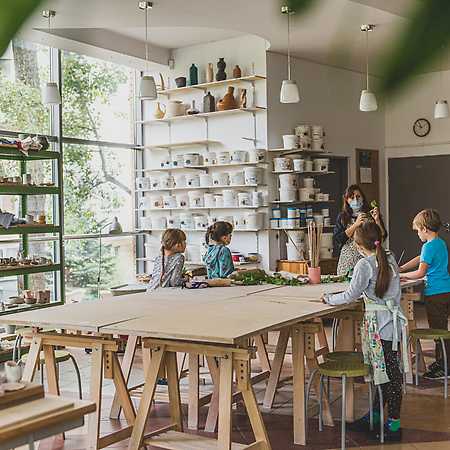 The Bemowo Culture Center is a center for social and cultural animation in the Warsaw district of Bemowo. The Bemowo Cultural Center in the Bemowo District of Warsaw began its activities in March 2006. The Center's offer is addressed primarily to the residents of Bemowo, but also the whole of Warsaw, to people of all ages and social groups. Since 2014 the cultural center is an institution changing its character. Its employees are focused on working with the local community. In different parts of Bemowo it runs the Laboratory of Projects (a rebranding project combined with a series of workshops), supports activities aimed at raising the level of reading in the district, organizes neighborhood dinners, music and theater workshops and discussions about the most important problems of the residents. |t explores the identity of the district as part of the Historical Lectures on Bemowo series. It cooperates with the Adam Mickiewicz Institute, National Centre of Culture, Zbigniew Raszewski Theatre Institute, Festival of New Jewish Music, Museum of the History of Polish Jews Polin, Docs Against Gravity, Orange Foundation, Warsaw Reads Festival, Institute of Polish Culture at Warsaw University, among others. The Bemowo Culture Center is home to the 3275 kg Orchestra, Jazz.fm Radio and Zgoda Theatre.