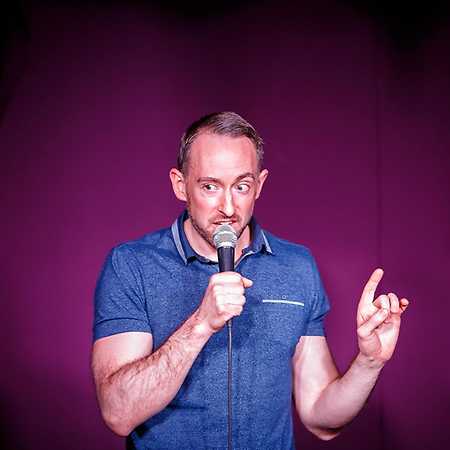 Ben MacLean is a Canadian comedian who has been living in Berlin for over seven years, where he has made a name for himself on the English comedy scene with his witty delivery and likeable charm. He is co-host and creator of Go West Comedy at Juniper Kitchen and Bar, a hugely successful open mic in the heart of the German capital’s LGBT scene.

He was a semi-finalist in the U.K.'s prestigious So You Think You’re Funny? competition, and has been featured in Männer, Germany’s largest gay magazine.

Ben is not afraid to joke about life’s politically incorrect moments. The youngest of seven kids, his lovable if somewhat crazy family and his roller coaster love life provide no shortage of awkward moments that are as relatable as they are hilarious.