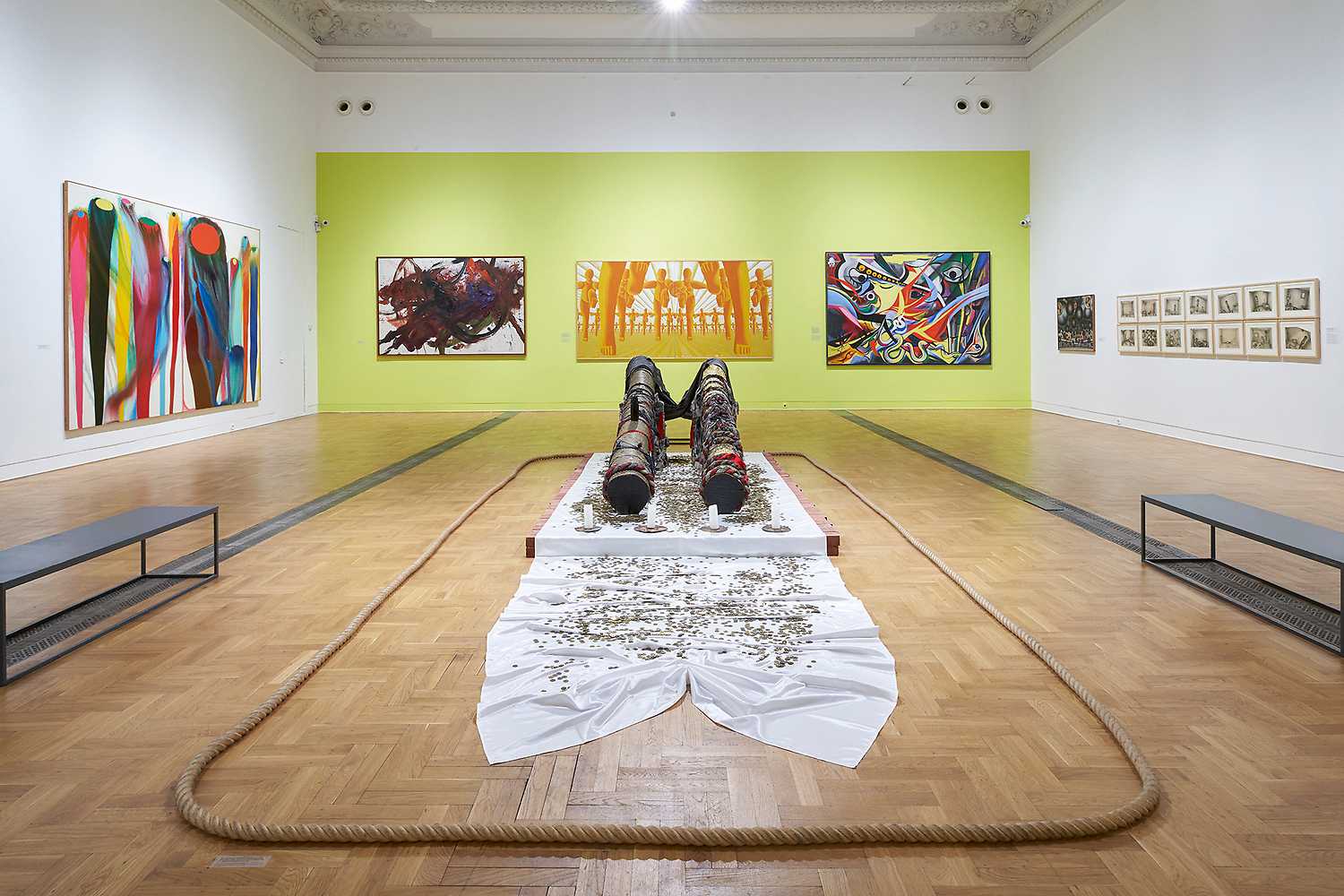 Between Collectivism and Individualism: Japanese Avant-garde in the 1950s and the 1960s

The exhibition Between Collectivism and Individualism — Japanese Avant-garde in the 1950s and the 1960s presents artistic groups active in the post-war decades, created by representatives of both the pre-war generation and the post-war baby boom generation. The works gathered represent various fields of art that were developing at the time, such as new painting, sculpture, drawing, graphics, performance, photography and film. They reflect the dynamism and energy of art emerging in a unique period of socio-economic growth in Japan, which for the first time in its history joined the global processes of change. Devastated by war, the country was recovering at a dizzying pace — in 1964, Japan was the host of the Summer Olympics in Tokyo, and in 1970, it hosted the Expo ’70 in Osaka. It was soon to become the largest economy in Asia and the second largest economy in the world. However, despite achieving economic stability and prosperity, neither of the decades was free of serious social tensions.

A unique combination of circumstances in the 1950s created favourable conditions for numerous artistic activities, which were rooted not only in the post-war traumas, but also in alternative concepts realised by artists of different generations, working alone or in groups. The exhibition will feature works by so-called reportage painters (also called avant-garde realists) who dealt with subjects related to the experience of war and radical changes. The works of the reportage trend, touching upon important political and social issues, are key to understanding the post-war reality of Japan and the methods by which art reflected this reality. Avant-garde realism developed an original visual language based on surrealistic deformation and figuration far from the Western type of depictions. In the politically turbulent 1950s, in various parts of the country, innovative art movements and groups developed in parallel to it, but also in opposition to it. The exhibition shows the network of mutual connections linking individualities with collective practices through works and archival documents of such groups as Jikken Kōbō, Demokuráto, Gutai, the Kyushu School, the VIVO photographic group; performances by Ankoku Butoh (the dance of darkness performed by Hijikata Tatsumi) and the activities of the Sogetsu Art Centre. On the one hand, the 1960s brought a number of outstanding works by representatives of the older generation, and on the other, the work of the new generation, whose sometimes radical installations and performances shaped the most important avant-garde movements in Japan. Visitors to the exhibition will be able to see works and documentation of activities by such groups as Neo Dada, Zero Jigen, Hi Red Center, the Play, Gun, Japan Kobe Zero and Provoke. Attempts to reconcile the seemingly contradictory attitudes of individualism and collectivism were an invigorating phenomenon for the development of Japanese contemporary art. The exhibition evokes images of the 1950s and 1960s, bringing together works and practices that led Japanese society in a new direction — towards a Japan that was a new centre of artistic life.

Exhibition organised in cooperation with the Japan Foundation Honorary Patronage: Embassy of Japan in Poland