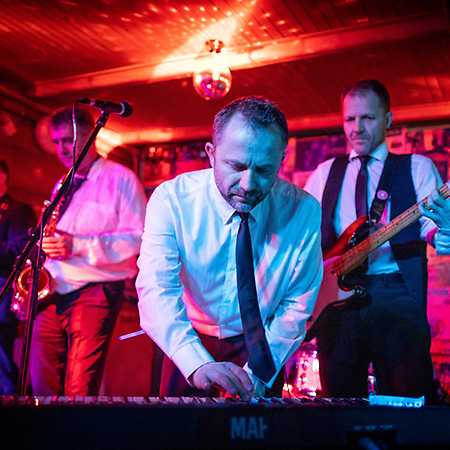 About Bez ladu a skladu

Without the heap is an underground music band formed in 1985 in Trencin. Is known for its rhythmic music, but also kakofonickou and metaforickými texts, which in the 1980s. years of criticizing the former political regime. In 2009, the us newspaper The New York Times ranked among “the group, which contributed to the fall of the iron curtain” in the States with the Communist regime and its members called “the onlookers were musicians, who from behind the iron curtain”.

The group is also backing vocals Michael Kaščáka, who was at the time a group of only 13 years. The group is known by its crew, which includes black suits, narrow ties, white socks and dark glasses, which is, as well as musically, inspired other trenčínská an underground group Chorus vážskych muzikantov.