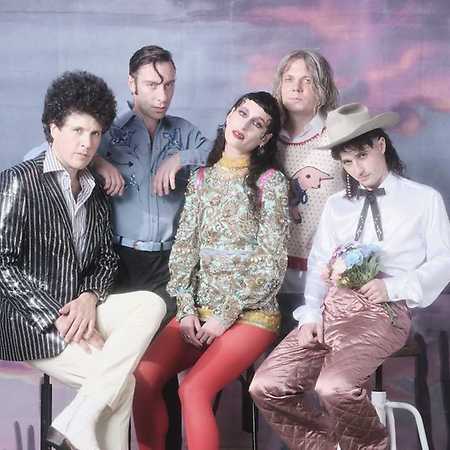 Black Lips is an American punk / garage rock band from Atlanta, Georgia. The band was founded in 1999 in Dunwoody, Georgia. In 2003, the Black Lips released their debut album Black Lips on BOMP !, a sublabel of Bomp Records. In 2004 they released their second album We Did Not Know The Forest Spirit Made The Flowers Grow.

For the release of their third album Let It Bloom in 2005, the band switched to Los Angeles' In The Red Recordings. The album Los Valientes Del Mundo Nuevo from 2007 was the first release on the label Vice Records from Brooklyn, New York City.

In early 2010, the band went to the studio with producer Mark Ronson to work on the sixth album Arabia Mountain. which was released in June 2011. With drummer Patrick Carney (The Black Keys) and Thomas Brenneck (Sharon Jones & The Dap-Kings), they recorded their seventh album Underneath The Rainbow. It was released in spring 2014 via Vice Records.

In August 2014 they played at the Haldern Pop Festival in Germany. Three years later they released the album Satan's Graffiti Or God's Art?.