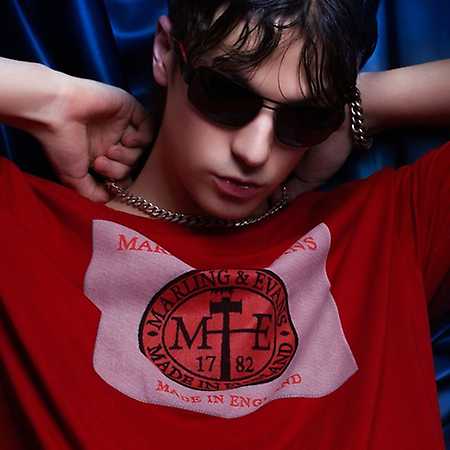 Bladee  Be Nice To Me

Bladee, or Benjamin Reichwald, is a Swedish rapper and producer, member of Drain Gang. His repertoire includes pieces combining elements of gang, cloud rap and experimental pop, which are characterized by the use of autotune effect. Reichwald himself does not like to define his musical genre – he admits that he likes to experiment with music and it has a therapeutic dimension for him. In 2016 his debut album Eversince was released, and two years later the album Red Light was released. Bladee also deals with visual art, including graphic designs of his releases. He is also the creative director of Sadboys Gear clothing brand.