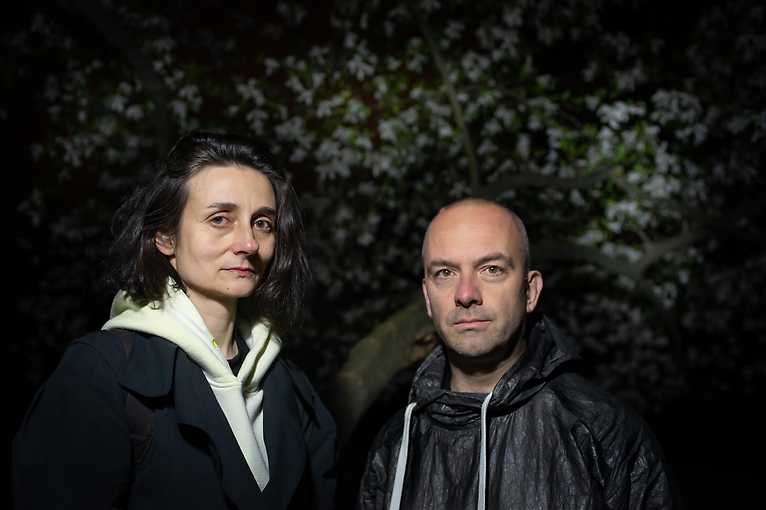 Once again the meeting will be held live on the Small Stage of Teatr Powszechny in Warsaw (50 seats have been prepared for the audience) and will be broadcast online on the Wszyscy Jesteśmy Fotografami fanpage on FB.
Katarzyna Korzeniecka, Szymon Rogiński and Bartosz Bielenia will be talking about what a portrait is and what a portrait can be, about acting on the border of arts, about photography, theatre and meetings. It will also be at this meeting that we will have the opportunity to see for the first time the portraits made by the Korzeniecka&Rogiński duo to seven people selected during the recruitment process. You will be able to find out what methods they used to work on this project and what they use in other works. The meeting will also be attended by the protagonists of the portraits that the artist duo created during the project. The meeting will be hosted by Marta Perchuć-Burzyńska, a radio and TV journalist. Graduated in Romance studies. For years, she has been associated with TOK FM and TVP Kultura. Interviews with people of culture, both on radio and television, are her passion and work.

Szymon Rogiński – photographer, author of well-known photographic projects, among others Projekt UFO, 2005-2007, presenting nocturnal landscapes illuminated by characteristic point light, Polska (Polish Synthesis), 2003-2006 showing the landscape of the Polish province at night, Warszawa, 2009, in which shots of the city view from a bird’s eye view played the main role. His artistic education began with actor studies at the School on Wheels Derevo Theater in Germany and Holland (1997-1998). After obtaining a diploma from the Artistic Photography College in Gdańsk, he started working in the Photography Department of the National Museum in Gdańsk (1999-2000) and in the photographic studio of Gazeta Wyborcza (2000-2004). He has twice received a scholarship from the Minister of Culture and National Heritage. He has taught at the Academy of Photography. He has participated in numerous exhibitions in Poland and abroad, including Mart Contemporary Exhibition Project, Italy (2014); BOZAR, Brussels (2012); Centre for Contemporary Art Ujazdowski Castle, Warsaw (2008).

Bartosz Bielenia is a Polish film and theatre actor. He graduated from the Ludwik Solski State Higher School of Theatre in Kraków in 2016. He debuted in 1999 on the stage of the Aleksander Węgierka Drama Theatre in Białystok as the title character in the play The Little Prince, directed by Tomasz Hynek. Even before graduating as an actor, he performed on the stage of the Old Theatre, with which he worked after obtaining his diploma until 2014. In January 2018, he joined the company of the New Theatre.