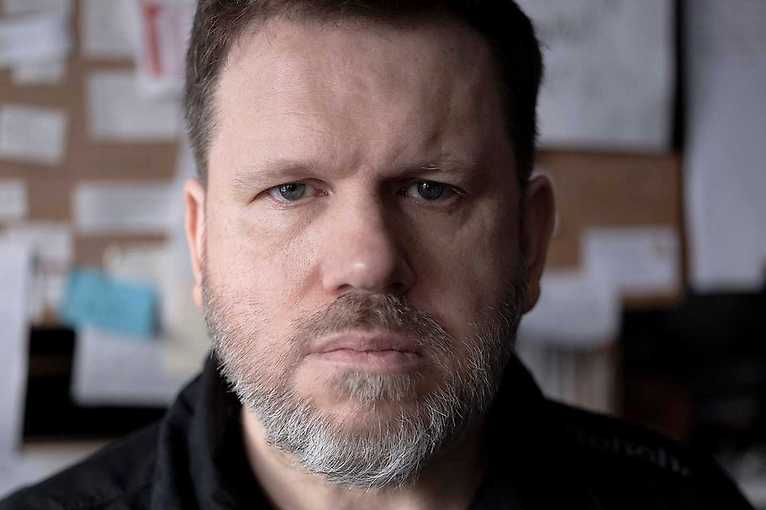 The first meeting within the framework of this year’s series "Personal Portrait, or close encounter with… vol. 4'. Photographers Michał Łuczak and Maciej Pisuk will be our guests.

It will be a conversation about the art of portraiture, the possibilities of presenting and learning the truth in man, and how photography deals with them. You will also be able to see for the first time the portraits made by Michał Łuczak for 7 people selected as part of the recruitment process, and hear about his working methods and approach to photography and portraiture. The meeting will also be attended by the protagonists of the photographs taken by the photographer.

The talk will be hosted by Agnieszka Obszańska, a theatre scholar by education, a journalist by choice. Since she remembers, she has been connected to radio, first as a listener, then on the other side. For years, in Trójka – Program III, she has dealt with culture in its broadest sense, e.g. in the programmes Teren Kultura and Radowy Dom Kultury. She has visited almost all continents with her microphone and reported on the most important, not only the biggest, festivals and cultural events in Poland and abroad. Possessed with the nature of sound and aware of the power of telling stories with words and the sound sphere, she creates installations, podcasts, radio plays and other sound forms, based, among others, on self-recorded field sounds. Performative cultural animal. He works independently on many fronts, and hosts the programme Obszary on Radio 357. The event will also be streamed online – on the fanpage of Wszyscy Jesteśmy Fotografami.

Michał Łuczak. Photographer, curator. Works mainly with photography and video. Graduate of the Institute of Creative Photography at the Silesian University in Opava, Czech Republic, and Iberian Studies at the Silesian University in Katowice. Since 2010 he has been part of the Sputnik Photos collective. He co-runs a year-long documentary photography workshop, the Sputnik Photos Mentorship Programme, and teaches at the Faculty of Arts of the Pedagogical University in Krakow. In recent years he has been focusing on the complex and self-interested relationship between man and the natural environment and his immediate surroundings. His latest works focus on local problems that can also be perceived universally: the consequences of the coal industry or the economic treatment of forests. He is the author of photography books: Brutal (2012), Koło miejsca/Elementarz (with Krzysztof Siwczyk, 2016), 11.41 (with Filip Springer, 2016). From 2019 he is represented by Galeria Szara, Katowice.

Maciej Pisuk. Graduate of the screenwriting department of the Łódź Film School (PWSFTv i T). Screenwriter, photographer, activist. Member of the Polish and European Film Academy. The author of, among other things: a screenplay for the feature film Yes God and a photographic series Under the Skin devoted to the inhabitants of Brzeska Street in Warsaw’s Praga district. He lives in Warsaw.