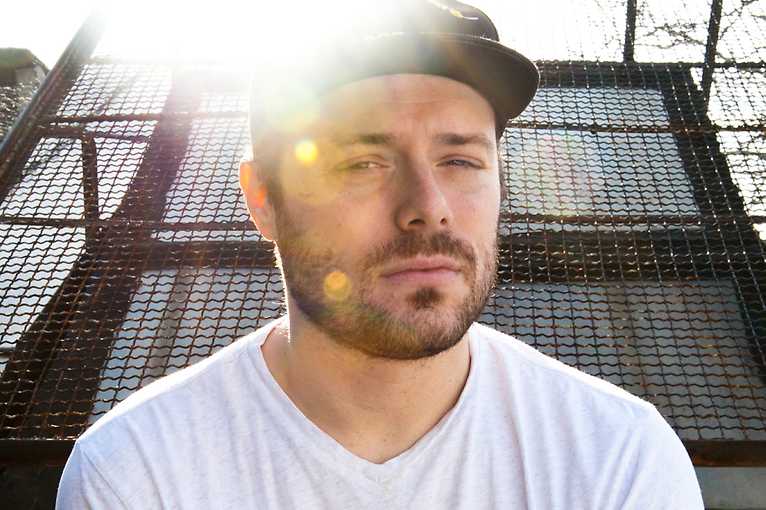 Blockhead
Tony Simon—aka Blockhead—has been making and releasing utterly distinctive, funky and emotive music for the last two decades. Blockhead grew up in downtown New York City. As the son of an artist, surrounded by visual culture, he early on found that his passion was for music, for the sonic. A fan of a whole range of sounds, especially hip-hop, Blockhead steadily built a tremendous collection of tapes and later CDs from innumerable artists, a quiet accumulation of knowledge and know-how. After a brief stint as a rapper, he realized his calling was behind the boards and not on the mic – and from there began to produce beats. Since making that decision, he’s kept pretty busy: carving a niche as a sought-after underground beatmaker that people call when they want something special. Blockhead produced nine tracks on Aesop Rock’s critically acclaimed album Labor Days. Additionally, he produced half the tracks on Aesop Rock’s follow-up EP, Daylight. He has also worked with other indie giants Atmosphere, Murs, Mike Ladd, and Illogic. In between, he found time to complete a break beat album entitled Blockhead’s Broke Beats, with 10 hard-hitting instrumental tracks, which was released on Mush Records.

Il:lő
il:lő- difficult to capture or hold permanently, having wings de Paris et Berlin il:lo was born from the meeting of Dejan Dejado and Andreas Schütz in Prague in 2010. These two French producers, aged 29 and 31, shared common interests and they decided to collaborate in 2012. After six months of to-ing and fro-ing between the two musicians, they released their first EP, Distances. Coming together in Paris, they released Places in 2015. In 2020, after the release of their Sloh EP they embarked on national tours with Blockhead (Ninja Tune) and released official remixes for Emancipator and CloZee. The story continues in 2021, with remixes for Mt. Wolf, Panama and Jerro, and releases on Bitbird and Anjunadeep. Their composition method remains unchanged. One spends his time looking for samples to give the other material for his cuts and edits. The duo takes inspiration from their travels and takes the names of their tracks from valued moments. il:lo’s music is an invitation to take flight, to let go.

3:12 34 ×
Arms And Sleepers  A Little Larger Than The Entire Universe