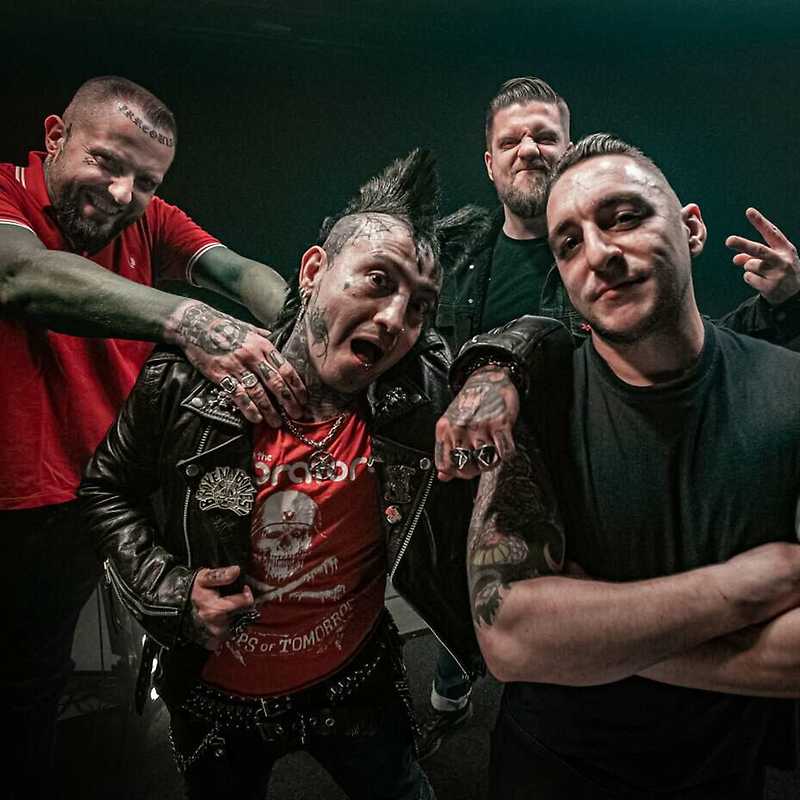 Booze & Glory is a British Oi! band from London, formed in 2009.
In 2010 the band released their debut album Always on the Wrong Side through 84 Records. Two Split EPs followed. In 2011 the band released their second album Trouble Free. The band have also released various EPs as well as a Singles Collection, with the song London Skinhead Crew, for which a video was recorded as well. The video has been viewed over 15 million times and has so far been the band’s most successful song.
After a couple of line up changes in 2013, the band signed a recording contract with Step-1 Music in 2014 and released their album As Bold as Brass. In 2017 the band released the album Chapter IV and in 2019 the album Hurricane.

Booze & Glory play modern British Oi! with many singalongs and catchy rhythms. In their lyrics they cover many British topics, from singing about the working class to their description of the London skinhead scene via songs about drinking beer. Their lyrics show patriotism towards England and pride in London and West Ham United, however the band is also proud to have different nationalities as members and positions itself clearly against the right-wing Skinhead scene. The band defines itself as apolitical.