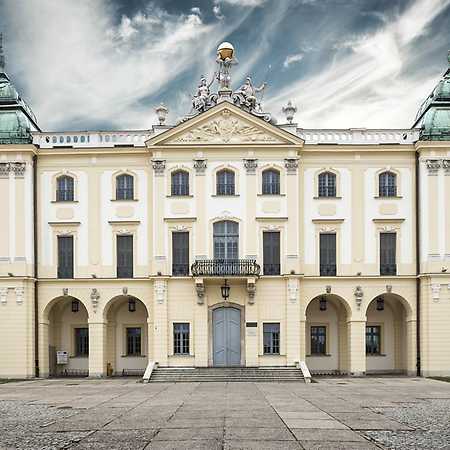 Branicki Palace (Polish: Pałac Branickich) is a historical edifice in Białystok, Podlaskie Voivodeship, Poland. It was developed on the site of an earlier building in the first half of the 18th century by Jan Klemens Branicki, a wealthy Polish–Lithuanian Commonwealth hetman, into a residence suitable for a man whose ambition was to become king of Poland. The palace complex with gardens, pavilions, sculptures, outbuildings and other structures and the city with churches, city hall and monastery, all built almost at the same time according to French models was the reason why the city was known in the 18th century as Versailles de la Pologne (Versailles of Poland) and subsequently Versailles de la Podlachie (Versailles of Podlasie).