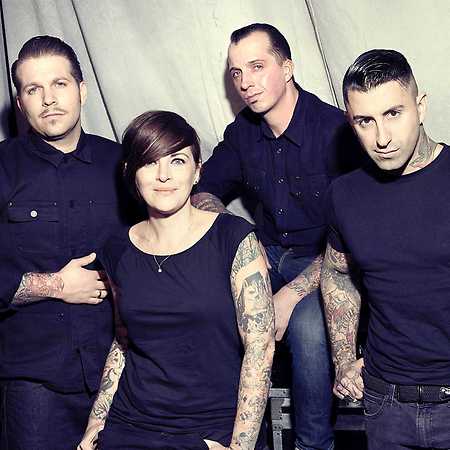 The Broilers are a punk band from Düsseldorf, which has its origins in the Oi! - and punk rock scene.

In 1992, Sammy Amara and Andi Brugge founded a band from which two years later, the Broilers emerged. This integrated in addition to the punk rock roots and influences of the traditional, anti-racist skinhead and Rudeboy scene in their sound.

In 1996, the band recorded their first three-song EP Schenk a flower on me. A year later, the debut album appeared, followed by three more longplayer, two EPs and development beyond the Oi! Scene. At the latest since the release of the album Vanitas in 2007, the band no longer sees itself as an Oi! - Punk band, but has made a significant step towards Rockabilly.

In 2013 they released the single Ist da jemand, which is included on the album Noir of 2014. The album went straight to number one on the German album charts. 2017 followed the album _ (sic!) _.

Me First and the Gimme Gimmes