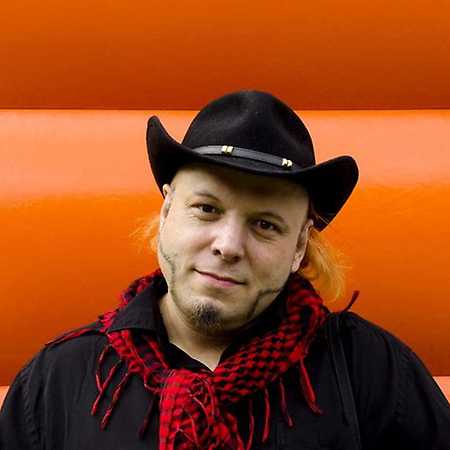 Bruno Kramm is a German musician, known for programming, playing synthesizers and keyboards, co-fronting and performing backup vocals for the electro-industrial duo Das Ich, alongside Stefan Ackermann. Kramm is a multi-instrumentalist, singer-songwriter and founder of the German goth club, “Generation Gothic”. He is also a record producer for a number of musical projects. Known for his iconic “devil-horn hair”, Kramm sports a dark outfit during performances in Das Ich, often being significantly more “made-up” than vocalist Ackermann. His vocals tend to bring up a deeper and more intense feel that contrast Stefan’s fast-paced and shrill, exciting voice. Bruno Kramm was an active member of the Pirate Party Germany and has been appointed by its board as federal commissioner on copyright issues.