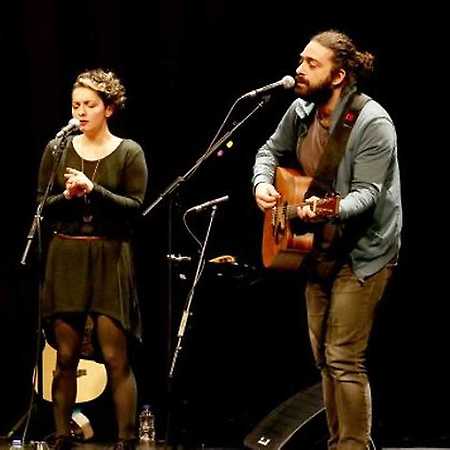 Büyük Ev Ablukada, which literally means Large House in Blockade, is a Turkish music group founded in Istanbul in 2008. The band was started by Afordisman Salihins and Canavar Banavar. After some time the band turned into an electrical version. Büyük Ev Ablukada became well-known in a very short time with the help of their own songs and special concerts. The group members use aliases instead of their own names and some of the original names of the members are still unknown. They first released a concert record named Ay Şuram Ağrıyo and an album named Olmadı Kaçarız, and then in December 2012, they released their debut album Full Faça, which was issued by their own record company, Olmadı Kaçarız.