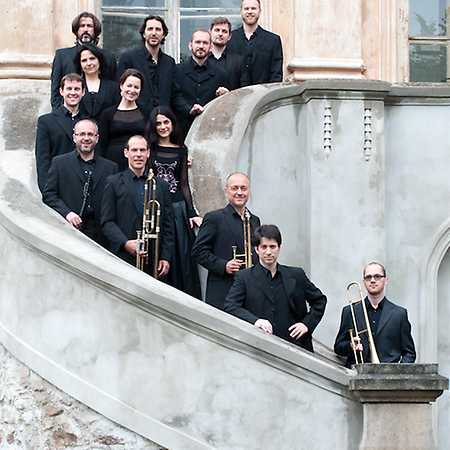 Cappella Mariana is a vocal ensemble, which is specialized in the medieval and renaissance polyphony and the vocal repertoire of early Baroque. Cappella Mariana was founded in 2008 as one of the few local ensembles focusing on the interpretation of high vocal polyphony, especially from Italian, Flemish, and English Renaissance. The ensemble is an artistic guarantor of the concert cycle Lenten Fridayswhich aims to revive the historical tradition of musical performances held at the Monastery of the Knights of the Cross with the Red Star close to the Charles Bridge in Prague. The members of the ensemble are internationally renowned vocal artists, who also regularly collaborate with Collegium Marianum and frequently guest at the foremost European music festivals, such as Festival de Sablé, Festival Baroque de Pontoise, Tage Alter Musik Regensburg, Bachfest Leipzig, Mozartfest, Prague Spring, Mitte Europa or Bolzano Festival Bozen. They specialize in the interpretation of baroque and pre-romantic music and have appeared in concert halls in the Czech Republic and abroad with ensembles such as Bach Collegium Japan, Collegium Vocale Gent, Tiburtina Ensemble, Collegium 1704, and Doulce Memoire. The performances of Cappella Mariana have met with enthusiastic reception from the public and critics alike, the latter highlighting the ensemble’s expressive performance based on close attention paid to the text.