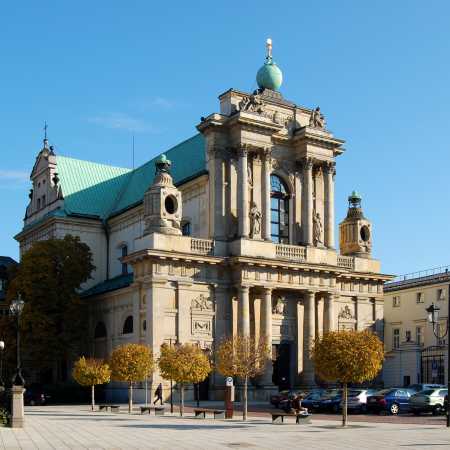 Church of the Assumption of the Virgin Mary and of St. Joseph (Polish: Kościół Wniebowzięcia NMP i św. Józefa Oblubieńca) commonly known as the Carmelite Church (Polish: Kościół Karmelitów) is a Roman Catholic church at Krakowskie Przedmieście 52/54 in Warsaw, Poland. The Carmelite Church has the Warsaw's most notable neoclassical-style façade, created in 1761-83. The church assumed its present appearance beginning in the 17th century and is best known for its twin belfries shaped like censers.