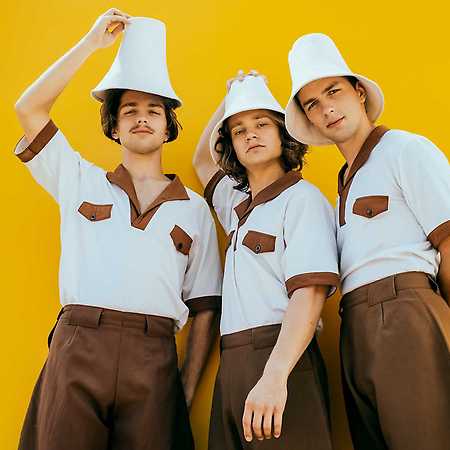 Carnival Youth is a Latvian indie rock band formed in 2011 in Riga. The band consists of the twins Edgars Kaupers on guitar and vocals and Emīls Kaupers on drums and vocals, as well as Roberts Vanags (keyboards, vocals) and Aleksis Luriņš (guitar, bass). Their first EP Never Have Enough came out in May 2014 and their first LP No Clouds Allowed was released in October 2014. Their second full-length album Propeller was released in April 2016.
Carnival Youth have played live concerts in Germany, Austria, England, Netherlands, Switzerland, Slovakia, Czech Republic, Lithuania and many other countries. They have also appeared on festivals such as SXSW, The Great Escape, Sziget, Positivus, Open’er, Reeperbahn, Eurosonic and others.
In their home country Latvia, their album No Clouds Allowed was rewarded as the best debut album of 2014. The group was also awarded with the European Border Breakers Award (EBBA) in January 2016.