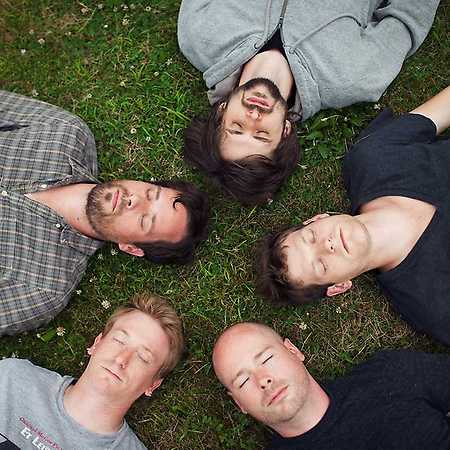 Caspian is a post-rock band founded in autumn 2003 in Beverly, Massachusetts. In most of the group’s numbers, we will not hear the vocal. Sometimes they play hard, and sometimes they play very gently while their sounds always flow straight from the heart. In the first year of its existence, the band focused on composing and recording material for a demo, while playing few concerts (including support for the Japanese legend Mono). In 2005, the band signed a record deal with the independent label Dopamine Records, which in November of the same year released the first EP of the band, titled “You Are the Conductor”. The year 2006 started with a concert tour in the North East of the United States, and then set off for the first two-month tour with 28 performances across the country. In August 2006, the band, along with Ethan Dussault (bassist of the Garrison band), began recording the debut album “The Four Trees.” On the second tour of the US (September 2006) Caspian released his second EP “Tour EP” on their own, and during the tour in In 2007, the formation grew by the third guitarist, Erina Burke-Morana (ex-The Fly-Agaris Sky) .The mentioned, first album of the group “The Four Trees” was released on April 10, 2007 by Dopamine Records in the United States, and in Europe in July 2008 by Make My Day Records. The next Caspian album “Waking Season” was released in 2012 and was recognized as the album of the year according to Spin Magazine. This CD presented a slightly more delicate side of Caspian. The last album released in September 2015, “Dust & Disquiet” is the most diverse work in the Americans' output. The recorders used, among others, from the French horn, and also invited a string quartet to the studio.