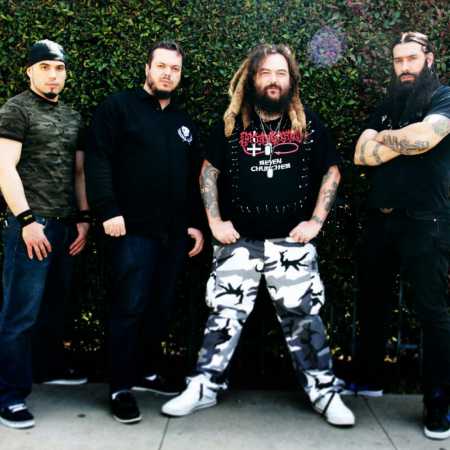 The basis of the four form the core of SEPULTURY. Along with them are guitarist Marc Rizzo of SOULFLY and Max's home, the formation of bassist Nate Newton.

Immortal Max Cavalera, the founder of Sepultury and Soulfly, my brother and Iggorem merged after long ten years. Created a new continuing in the spirit of grupu thrash metal roots of the original bands! Since then, the three have released the album "Inflikted" (2008), "Blunt Force Trauma" (2011) and the latest "Pandemonium" (2014), which present the concerts together with the largest seeded "Territory", "Roots Bloody Roots", "Inner Self" and the other from the Repertoire of Sepultury. – Translated by Automatic service