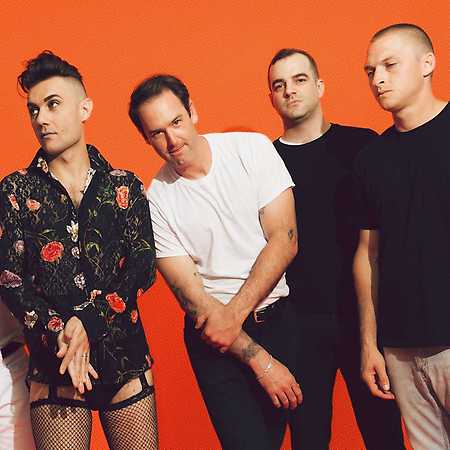 About people and what they are doing all day or what they should do. Namely be nice to each other and not always just hack on each other. A train of thought, which is not necessarily familiar in hardcore, where many bands have a pretty angry, nihilistic and pessimistic approach. Ceremony are just different. Musically too, the five guys from Rohnert Park, California swim against the tide. Because they sound like the old hardcore heroes Fugazi, Black Flag or Gorilla Biscuits.

In 2005, Anthony Anzaldo, Jake Casarotti, Justin Sean Davis, Ross Farar and Andy Nelson founded the band Violent World. In 2007 they released their debut Violence, Violence under this name. That sounds exactly as it is called: raw, brutal and straightforward. After being renamed Ceremony 2008, Still, Nothing Moves You and 2010 Rohnert Park appeared – in a similar vein, but already slower and more melancholic.

With the fourth album Zoo (2012) the band switched to the label Matador and worked on their style. Their big role models are still good to hear: Joy Division, Suicidal Tendencies and the complete 80s hardcore punk. After The L-Shaped Man (2015), Ceremony’s latest work In The Spirit World Now was released in 2019.