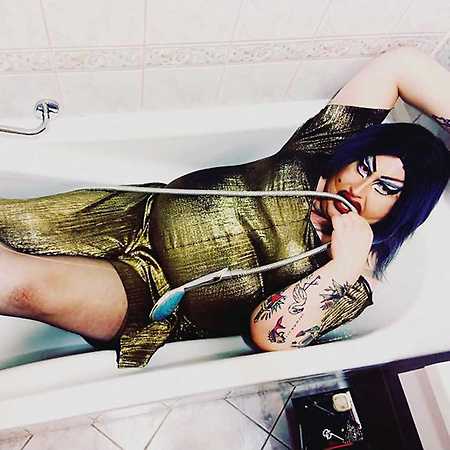 Drag Queer Charlotte in his performances tries to be a parody of a woman and herself. Gathering stage experience at various events, she has recently been hailed as the Queen of Bingo, who runs the Block Bar. Her stage creation is multi-colored and multithreaded. She debuted on stage in 2008 in Szczecin in Inferno club. Her favourite stars of Drag Queen are min. Vicky Vox, Bob The Drag Queen or Divaine. Apart from the fact that she has already performed not only on the stages of domestic and foreign clubs and theatres, she is also an LGBTQ activist, so you can meet her at various equality events throughout the country.