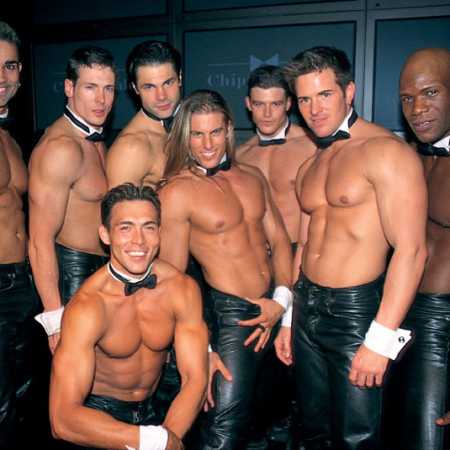 The Chippendales  Get Naked... Las Vegas

Chippendales is the world’s most recognized brand name in ladies' entertainment. They were founded in 1979 in Los Angeles by Somen "Steve" Banerjee and Bruce Nahin as a show dance group dedicated to entertaining entirely female audiences.

With a professionally choreographed show - a mixture of dance, singing and striptease - the young men of the Chippendales perform worldwide. Their trademark is a white collar with black a fly and white cuffs on the wrists.

The Chippendales are based in New York City and also have offices in other countries, including London, UK. Currently they consist of five groups. Four of them are in the United States: the West Coast, the East Coast, Boston, and Las Vegas. The fifth is touring every year in Europe and was also on tour in South Africa in 2005.