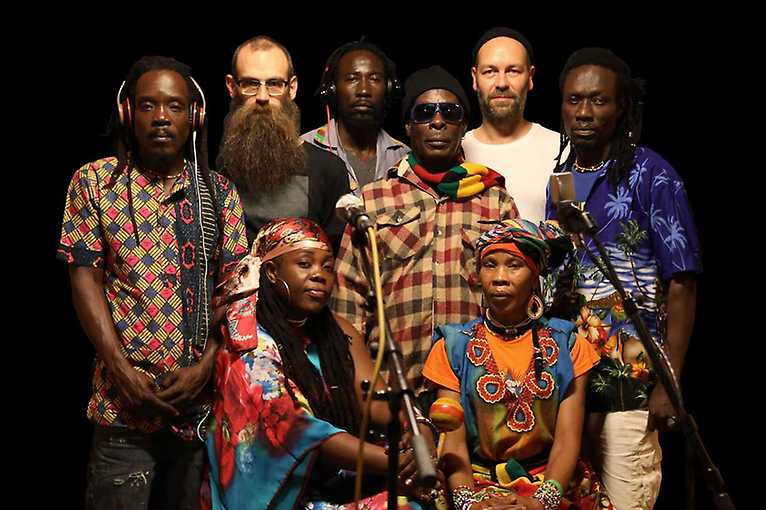 The first release of Chouk Bwa & The Ångströmers combines a new dub sensitivity with a Haitian rhythm science. It is a new collaboration between the traditional Haitian vodou band, Chouk Bwa, and the abstract sound engineering of the Ångstromers. The result is a very distinctive blend: a kind of future-leaning Vodou dub. The Chouk Bwa rhythm scientists are steeped in the deep traditions and long cultural memory found in Gonaïves, Haïti. Branching out of Africa into an ever-expanding Diaspora, this incarnation seeks a new soundscape for each evocation. Never a retromania obsessed with return, Chouk Bwa & the Ångstromers unearth untimely dances where rituals of the future can be heard leaking into the precisions of the past. These technicians of the sacred invoke the spirits of freedom through songs rooted in their ancestral ceremony. In 2020 Chouk Bwa & The Ångströmers release album called Vodou Alé.