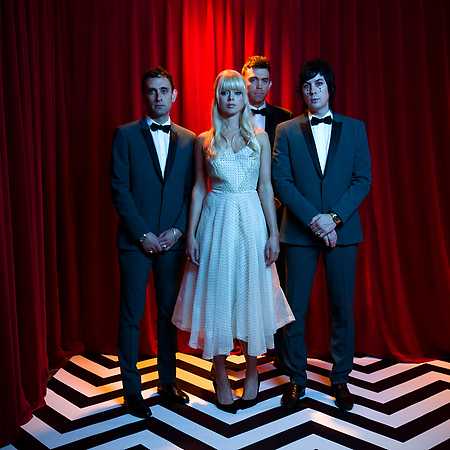 Chromatics is an American electronic music band from Portland, Oregon, formed in 2001. The band consists of Ruth Radelet (vocals, guitar, synthesizer), Adam Miller (guitar, vocoder), Nat Walker (drums, synthesizer), and Johnny Jewel (producer, multi-instrumentalist). The band originally featured a trademark sound indebted to punk and lo-fi that was described as "noisy" and "chaotic". After numerous lineup changes, which left guitarist Adam Miller as the sole original member, the band began releasing material on the Italians Do It Better record label in 2007, with their style streamlined into an Italo disco-influenced sound.

Their third album Night Drive (2007) was met with critical acclaim, as was their fourth album, Kill for Love, which was released on March 26, 2012. Several of the band's songs have been featured in television series such as Bates Motel, Gossip Girl, Mr. Robot, Parenthood, Revenge, Riverdale, 13 Reasons Why, and Twin Peaks, and their track Tick of the Clock was featured in the films Drive (2011) and Taken 2 (2012). In December 2014, the band announced their fifth studio album, titled Dear Tommy.