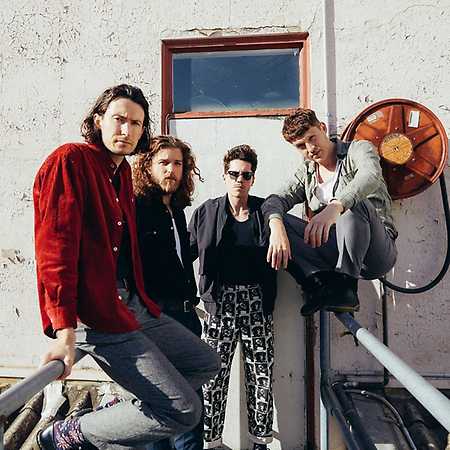 City Calm Down  Sense Of Self

About City Calm Down

City Calm Down are a four-piece band from Melbourne, Australia. The band’s four members are Jack Bourke (vocals), Sam Mullaly (synths/keys), Jeremy Sonnenberg (bass), and Lee Armstrong (drums/percussion). Their debut album In a Restless House debuted at number 25 on the ARIA Charts, and the single Rabbit Run from the album came in 137th place on the Triple J Hottest 100 for 2015. They are signed with the Melbourne-based record label, I OH YOU.

The band have played multiple sold-out tours and major festivals including Splendour In The Grass, Laneway, Falls, and The Great Escape. City Calm Down have also performed with Alt-J, CHVRCHES, and Bombay Bicycle Club.