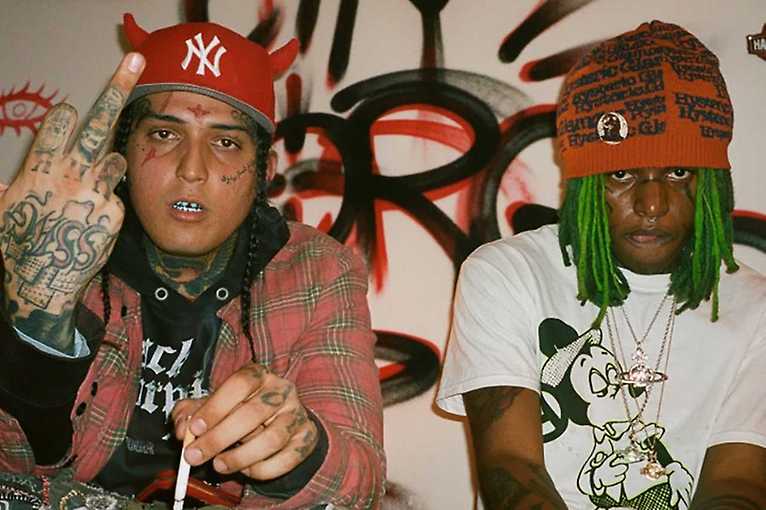 The New York-Californian band was due to perform in Poland on 23 and 24 August, just after a European festival that was eventually cancelled, putting a question mark over their arrival in Europe, but ZillaKami and SosMula are not giving up so easily – they will appear in Poland just days later.

ZillaKami and SosMula hail from New York, are joined by California-based producer Thraxx to form City Morgue. Taking influences from Slipknot, horrorcore, punk-rock and trap, they create an eerie mix that’s as close to hip-hop as it is to goth. City Morgue’s work has everything to do with the explosion in popularity of trap from Soundcloud, as well as rap-metal fame, that of the highest order. Recently, City Morgue released their new longplay Vol. 2: As Good As Dead, produced by Mike Dean, an American music producer, sound engineer and multi-instrumentalist known for his work with artists such as Kanye West, 2Pac, Scarface, Travis Scott, 2 Chain, Jay-Z and Desiigner. The album is full of distorted guitar sounds and snarling screams. They fit in perfectly with the very expressive, flashy image of the artists.

What can you expect from City Morgue concerts? Noise like Onyx, unconventional juggling of styles like Tyler, the Creator, energy similar to what you can hear on Korn’s and Behemoth’s records. For dessert, some DMX, and for those fascinated by Eminem’s creations, City Morgue also deliver something special. Last summer, City Morgue opened most dates during the tours of $uicideBoy$, Denzel Curry, Turnstile or Trash Talk. Now in Poland they will present two concerts where the rappers plan to take no prisoners.