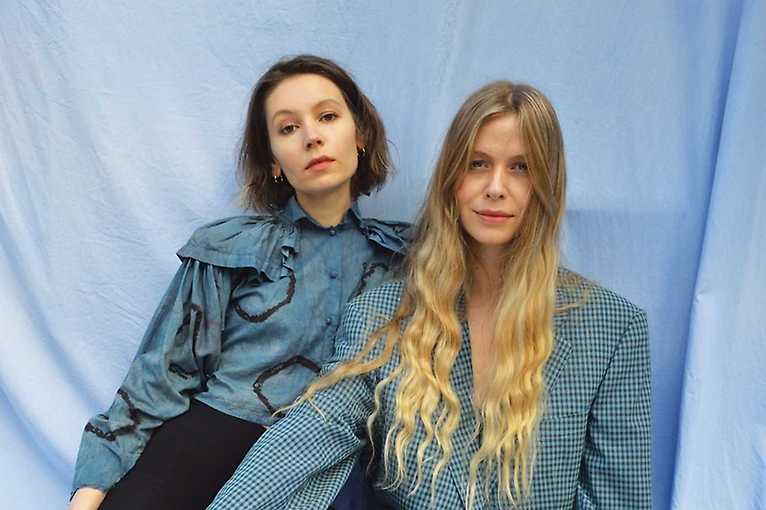 On Saturday 19th of February, Underdogs will wellcome a sister dream pop duo Purple Pilgrims, this time under the name Clementine Valentine, and a synthpop diva Kinlaw who will come together as part of a joint European and UK tour.

The music of twins Clementine and Valentine Nixon, also known as Purple Pilgrims, evokes a state between dreaming and wakefulness. It creates a sense of intimacy and at the same time a kind of ethereal elusiveness. In their work, the sisters blend dream pop, folk and cosmic jazz. They hide their voices under layers of reverb and express themselves through non-traditional instrumentation. Clementine and Valentine grew up in Hong Kong and in a remote corner of New Zealand. The contrasts of these places are reflected in their music. The overtimulating fragmented nature of the big city is reflected in their passion for layering sonic textures, while the remoteness of their New Zealand hometown is present in the melancholic calm of their songs. The sister duo, who have toured with names such as Ariel Pink, Aldous Harding, Weyes Blood and John Mouse, will bring to Prague their current album Perfumed Earth (Flying Nun Records) and will announce new material soon.

Clementine and Valentine will share the stage with Brooklyn-based singer, songwriter, choreographer and conceptual artist Sarah Kinlaw. This woman of many artistic talents has received acclaim for, among other things, co-creating the interactive dance performance Authority Figure. She also turned to choreography her music debut, the EP a trigger for everyone, which was released on the New York-based tape label Soap Library. Last year’s debut full-length The Tipping Scale (Bayonet Records) further connects music and bodily experience. Through her haunting synthpop melodies, transportive lyrics and pliable opera-trained voice the singer explores emotions such as regret, anger or confusion and their memory imprint in the physical body, functioning as music-movement therapy.