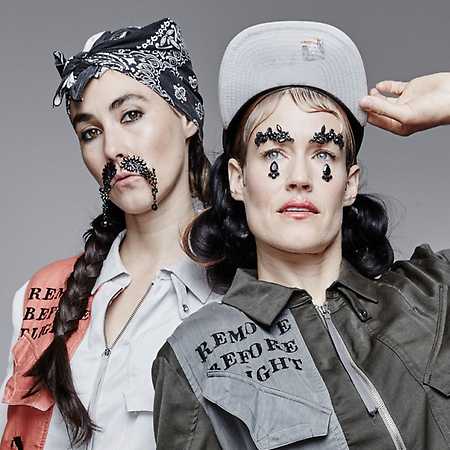 American freakfolk pioneers, sisters Sierra and Bianca Casady perform under the name CocoRosie and have launched their musical career after many years of seclusion in 2003. The formation brilliantly exploits the contrast of their vocals: Sierra with her classical music training accompanies her parts by playing a harp, while Bianca, a versatile pop vocalist, casually changes among singing, animal speech and her typical whining.