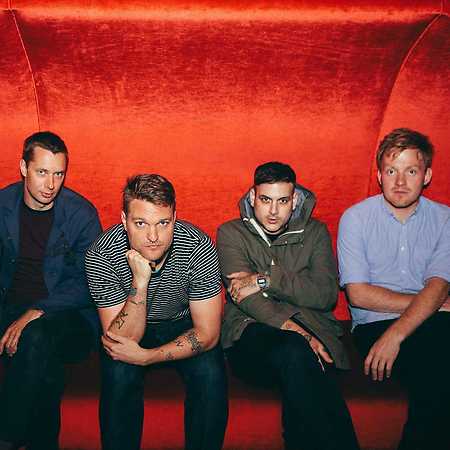 Cold War Kids is an American indie rock band from Silverlake, California.
After three of the four band members met at a Christian college, the quartet was founded in 2004 in their hometown Fullerton and then moved to Los Angeles to record their first demos. They signed with Monarchy Music and released their debut EP Mulberry Street in 2005. In the course of the year they became insider tips and toured in 2006 mainly with the Tapes’n Tapes or the Figurines.They switched to Downtown Records and released their debut album Robbers & Cowards towards the end of the year.

In 2010, the band released the album Mine Is Yours. Guitarist Jonnie Russell left the band in 2012 and was replaced by Dann Gallucci (formerly Modest Mouse). The single First (2015) reached number 1 on the Billboard Alternative Songs charts. In 2015, the Cold War Kids played at the major Lollapalooza festival in Chicago.